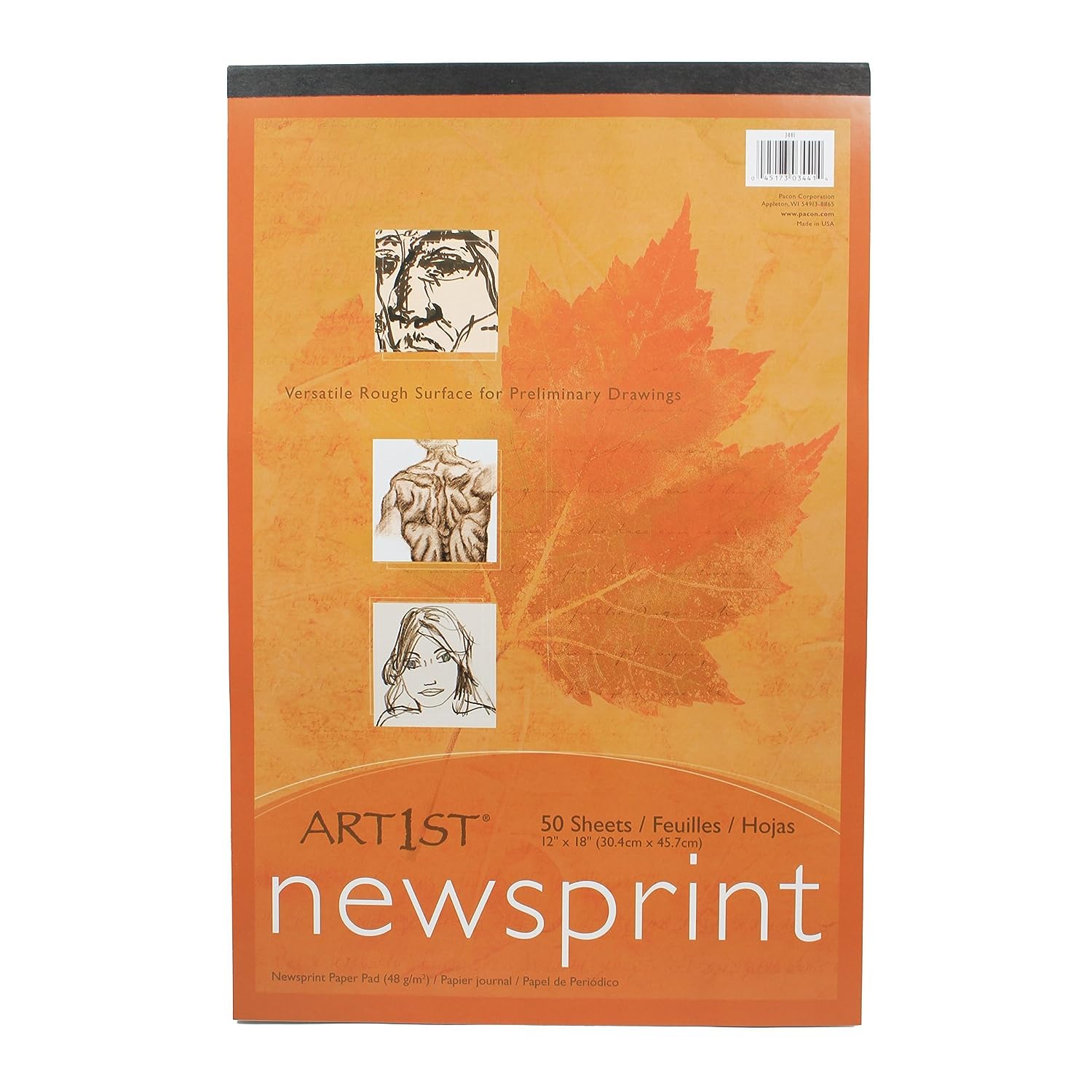 Standard grade, high bulk White newsprint paper in a pad. Perfect for gesture and preliminary drawings, and has a versatile rough surface. Includes 50 sheets per pad. Measures 12" x 18". Sold as a pack of 6 pads.