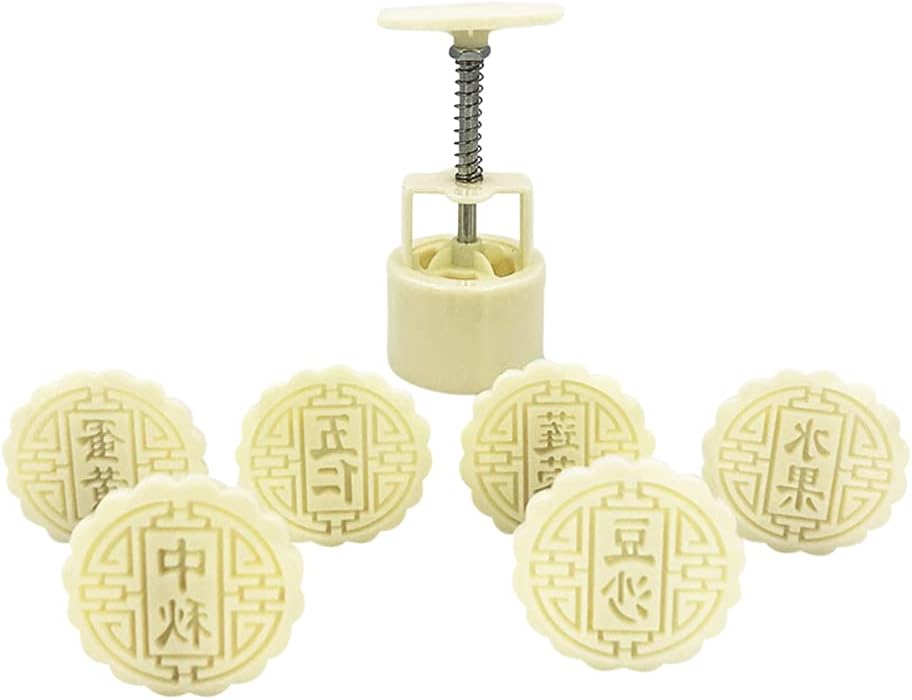 1. Prepare a flower piece and put the pattern outward into the pusher

2. Turn the handle clockwise so that the flower pieces are fastened in the push cylinder

3. Place the dough into a mold

4. Flatten and press down the mold (not too hard)

5. Take back the mold, gently push it out, and the moon cake will fall off naturally

* Size: as shown in the figure